At 6:38 a.m. on Thursday, January 14, West Pierce Fire & Rescue was dispatched to a commercial fire at 2310 104th Street Ct S in Lakewood. Upon arrival, crews found smoke coming from the structure, confirming a fire in the building.

The business had hazardous materials on-site for their everyday operations, as it is a polyurea coating and polyurethane foam manufacturing company. When the products inside caught fire, it created a toxic smoke, creating health concerns for those in the surrounding area. The response then included the Pierce County Hazardous Incident Team (PCHIT), which is a team comprised of specially trained firefighters from neighboring fire departments.

Due to the toxic smoke in the area, a notification was sent through Pierce County ALERT (PCALERT) asking those within a half mile of the incident to evacuate. SR512 was also closed in both directions for approximately two hours due to the smoke.

At approximately 10:30 a.m., the fire was deemed under control and crews continued to focus on the hazardous materials at the scene. After further evaluation of the incident, the evacuation orders were lifted at approximately 12:15 p.m. and residents were allowed back in their homes. Crews cleared the scene entirely several hours later. 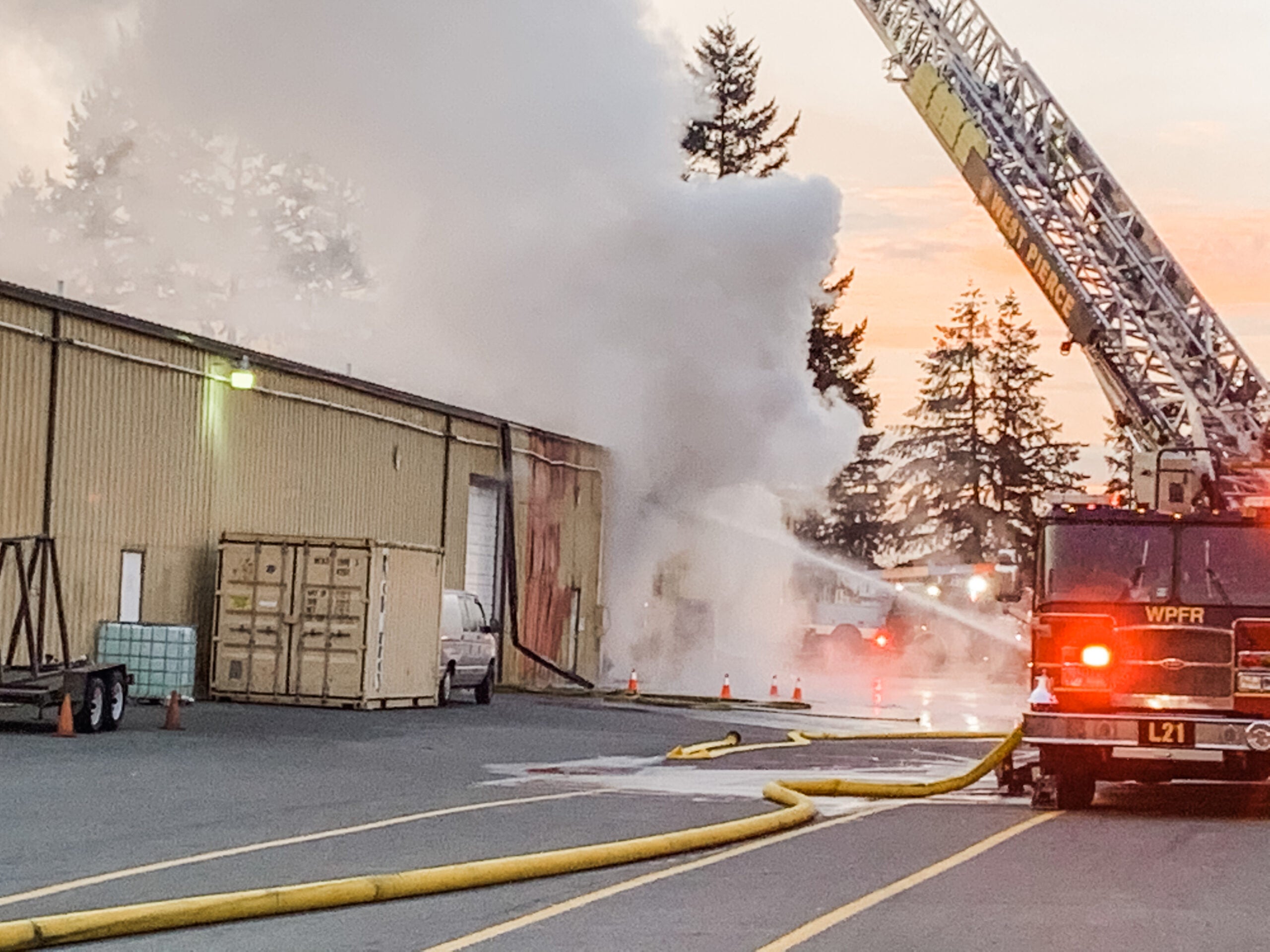