At approximately 2:15 p.m. on August 17th, West Pierce Fire & Rescue (WPFR) was dispatched to a hazardous materials response at the 4800 block of 100th Street SW in the Lakewood Industrial Park.

Crews arrived to find a 16-gallon drum that was venting with increasing temperatures. Firefighters strategized to devise a plan to safely mitigate the situation. The Pierce County Hazardous Incident Team (PCHIT) was dispatched to assist, which is a county-wide team firefighters. The team was called for additional resources, not only to help strategize the safest way to handle the incident, but allow WPFR resources to return in service and run 911 calls within the community.

The Lakewood Police Department and Pierce County Sheriff’s Department Bomb Squad also responded and with their equipment, safely punctured the drum, allowing it to vent. Without the help of these two agencies, their resources and LPD’s drone, this situation would have taken much longer and could have potentially been more dangerous.

Thankfully there were no injuries during this incident, but the Lakewood YMCA was impacted due to the proximity to the scene. WPFR appreciates their partnership as the agencies worked to keep everyone in the facility safe.

Thanks to all of the agency partners who responded to this incident, as additional assistance and resources were needed. Their help is appreciated, especially in assisting firefighters to best serve the community. 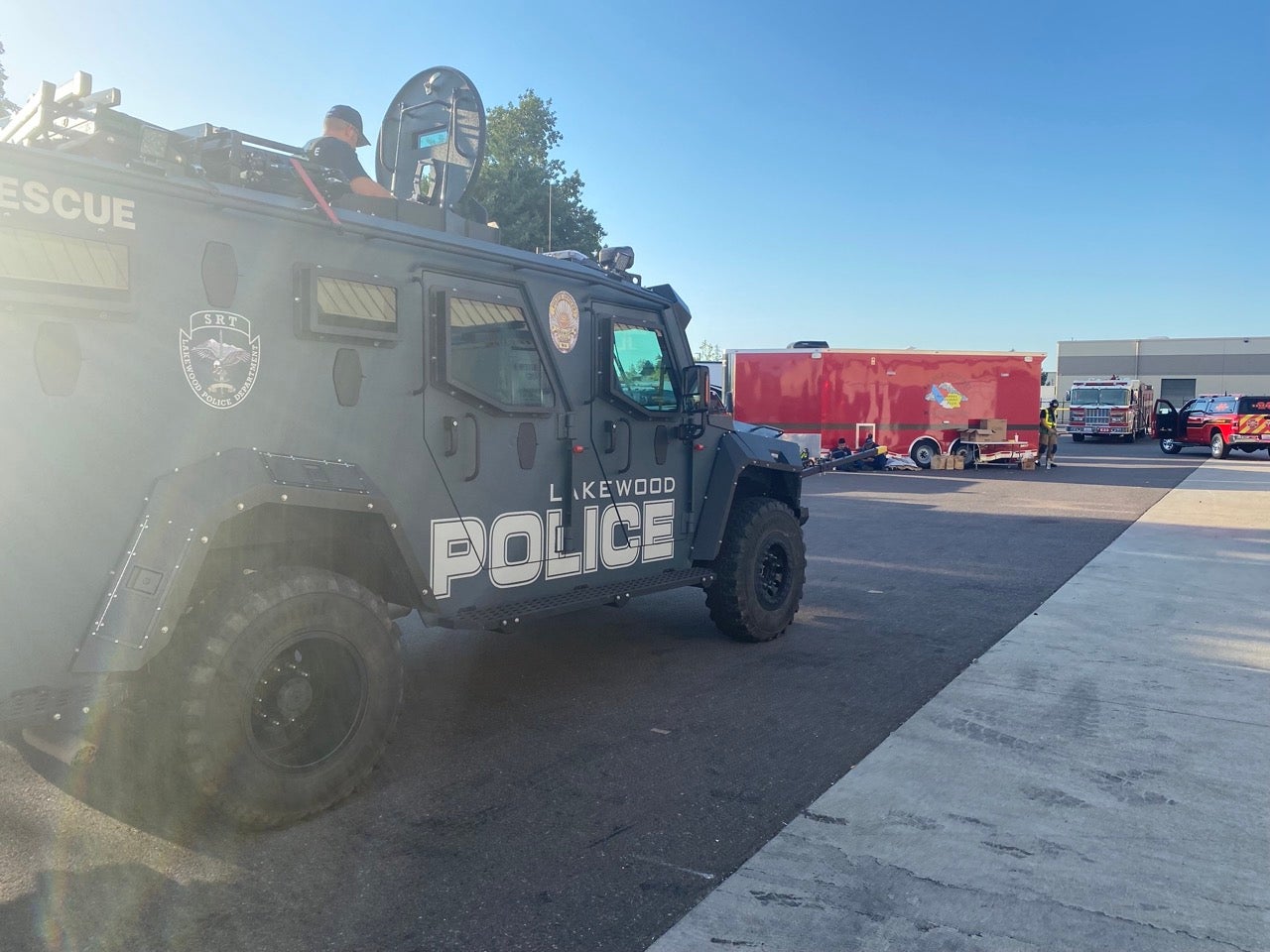