On Thursday afternoon, West Pierce Fire & Rescue presented a Lakewood resident with a lifesaving award for his quick actions during a medical aid call.

Crews responded to reports of a cardiac arrest, where a woman was found unconscious and Corporal Angel Torres was administering CPR. Corporal Torres heard someone yell for help and when he investigated, found the dire situation the patient was in.  Since he responded as quickly as he did, performing excellent CPR, and was able to help deliver information to firefighters, this resulted in a positive outcome for the patient. Upon arrival at the hospital, the patient was breathing on her own, had a pulse and was regaining consciousness. Without this intervention, the situation most likely would not have ended in the same way.

Lifesaving awards are given to those who go above and beyond to help those in need. Without these quick and selfless actions, firefighters would have been responding to a much different scenario. When CPR is started prior to the arrival of the fire department, the survival rate is much greater for the patient, as it was proven to be in this case.

What’s more with this certain scenario is the responding Captain served as a medic in the exact same unit Corporal Torres serves in now. West Pierce Fire & Rescue is thankful to have residents who are willing to rush in and help others, creating a more positive outcome for patients and our crews. A sincere thank you to Corporal Torres, as this life saving award is greatly deserved. 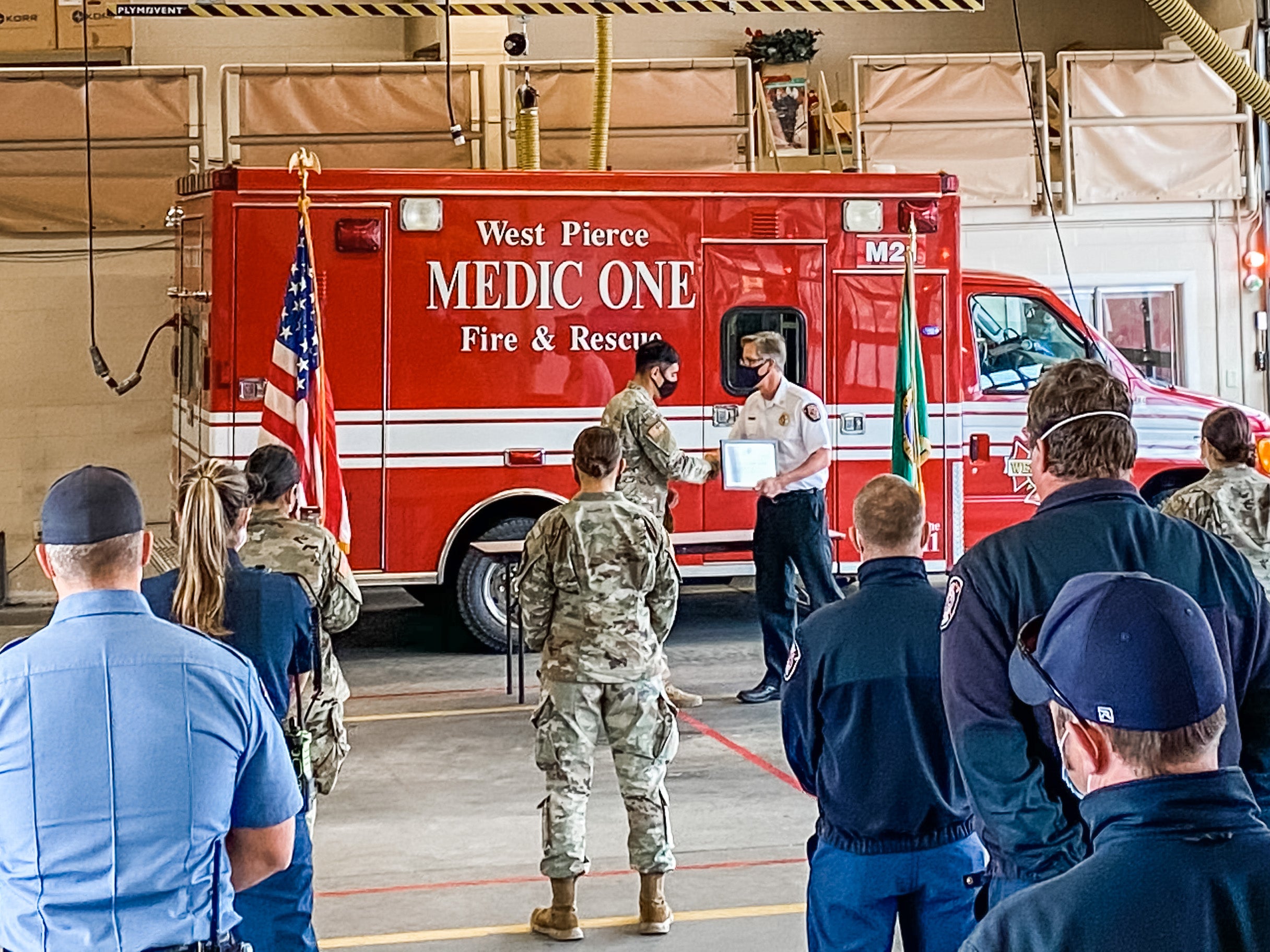