At a recent Board of Fire Commissioners meeting, two West Pierce Fire & Rescue (WPFR) firefighters received Merit awards for their heroic actions while off-duty. A Merit award is presented to an employee who performs an unusual skill, task or act exceptionally well in the course of mitigating an emergency.

This summer, Firefighter Shawn Lamb was attending a car show at the Puyallup Fairgrounds where Firefighter Brian Feutz was displaying his car in the show. While Lamb and Feutz were chatting, Lamb noticed a man collapse out of the corner of his eye, striking his head as he hit the ground. The two ran over to the man and realized immediate medical care was needed. After assessing the patient, they realized he had stopped breathing and was turning blue.

With the assistance of a retired firefighter from another department, the three quickly initiated CPR. By the time medical crews arrived, the man was breathing on his own again. They transferred care to paramedics from Central Pierce Fire & Rescue, who stabilized and transported the man to the hospital.

This rapid intervention helped to save this man’s life and WPFR is proud to present Firefighters Lamb and Feutz with a Merit award. WPFR would like to acknowledge their distinguished efforts and thank them for representing WPFR in such a professional manner. Congratulations to both on a job well done!

This is Firefighter Lamb’s second Merit award, after he saved a child from drowning while on vacation with his family. 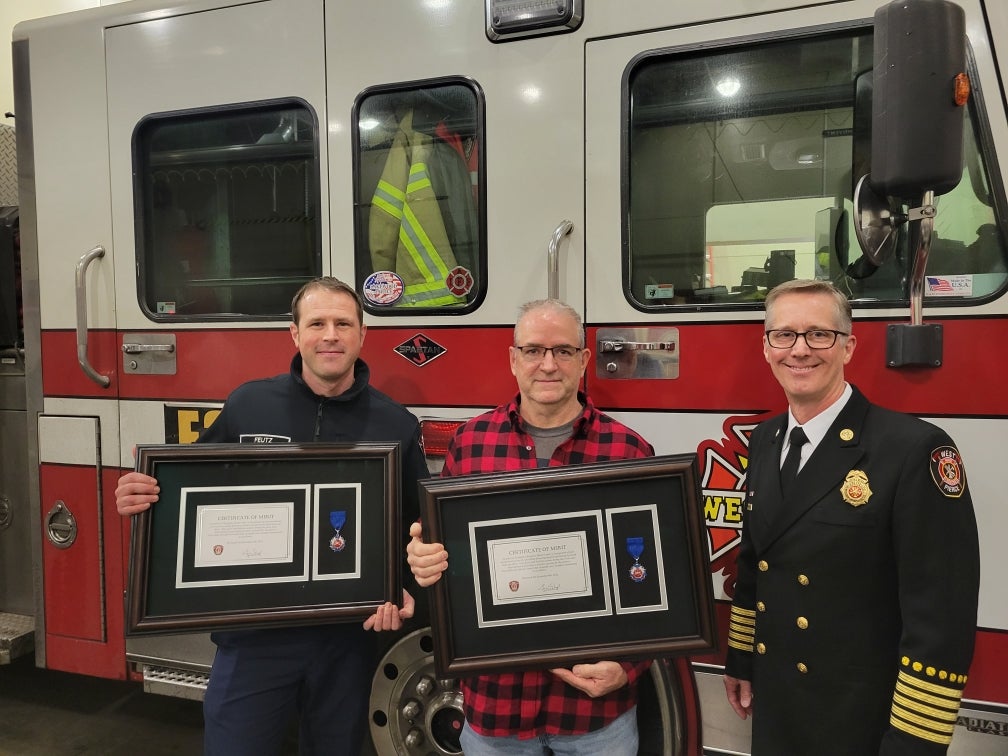