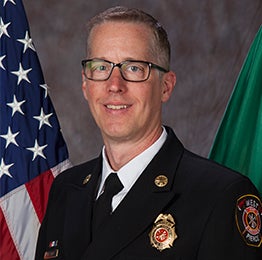 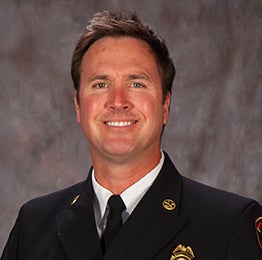 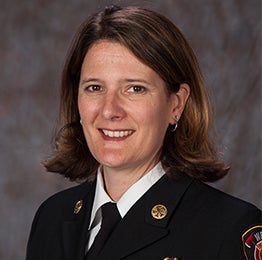 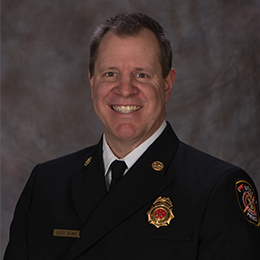 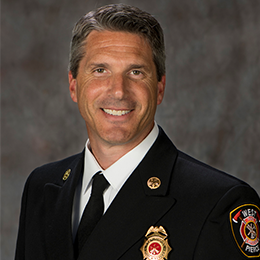 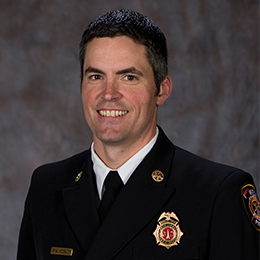 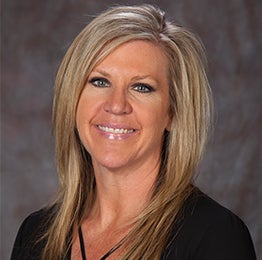 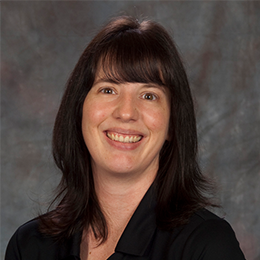 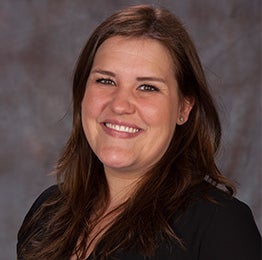 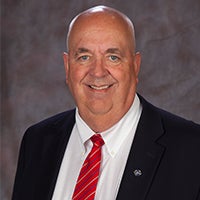 Commissioner Dalton was born in Shelbyville, Indiana.  He married his High School sweetheart, Barb, in 1970. He attended Miami University of Ohio for his BA and Southern Illinois University for his MBA. He spent five years in the Air Force as a radar controller and got out at the rank of Captain. After the Air Force, he started a career in the Financial Advising arena and has been in that field since 1979.  He has been working for Edward Jones & Company since 1990.

Commissioner Dalton has over 30 years of community service in the Lakewood/University Place community. He has served on various boards and committees from foundations, schools, chambers and clubs. He is a past president of the local Kiwanis club and still serves on its board of directors. He started his service with the local fire department community with helping with a strategic planning effort in 2000. Since then he has been on its Civil Service board, co-chaired levy and bond boards and is currently a commissioner. 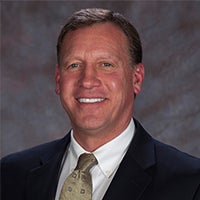 Commissioner Clancy attended the University of Puget Sound where he earned a Bachelor of Arts in Communications in 1985. He has represented the Citizens of the District since 2004 as a Fire Commissioner, having served as Chair and Vice-Chair during that time.  Commissioner Clancy has lived in Lakewood since 1969 and has three sons. He has had the opportunity to serve the community in many ways, including being a committee member of Clover Park Citizen’s Committee for Schools and a volunteer for Paint Tacoma-Pierce County Beautiful. 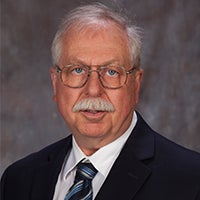 Commissioner Rankin has been with the District for 35 years, with the first 15 years as a volunteer and the last twenty years on the Board of Commissioners. He is retired from the Department of Defense, having worked for U.S. Navy as a Federal Civil Service Worker for 37 years. Commissioner Rankin retired from U.S.A.F. with more than 20 years of service. He is married to wife Myrt and has two grown adult children. 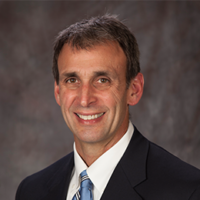 Commissioner Durr’s family moved to Lakewood from Montana in 1967. He attended Dower Elementary, Lochburn Junior High and Clover Park High School. He crammed four years of college into seven, following graduation in 1978, and ultimately graduating from PLU with a BA in Education. While in college he had 11 different part-time jobs, one of which was working for a fellow student painting contractor. This job eventually turned into a venture of his own as a painter (working out of the trunk of his car). He taught middle school special education for two years following college but returned to contracting full-time in 1987, which is their work currently.

In 1985, he married his high school sweetheart, Teri, and have been blessed with three sons. Connor is married and is a Youth Pastor in Portland. Noah is a firefighter with Portland Fire, and Parker is a finance major at Whitworth University in Spokane, finishing this year. Daily life is consumed with work, some leadership involvement with their church in Olympia, and enjoying the rich relationships that many years in this community has nurtured.  He is honored to be filling this commissioner post and happy to part of the team. 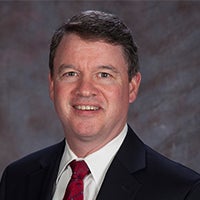 Commissioner Sheeran graduated from Bellevue High in 1982 and Whitman College in 1986. After trying to sell futons for a few years, he went into commercial real estate for four years before going to law school in Tacoma. He started at UPS School of Law, and then the school sold to Seattle University, so he graduated from SU School of Law in 1996. That same year he became a deputy prosecuting attorney here in Pierce County, and last year he became a defense attorney. Commissioner Sheeran has lived in Pierce County for 26 years, the last 10 of which have been in University Place.

In the Pierce County Prosecutor’s Office, he prosecuted DUIs, domestic violence, sexual assault, meth labs, and murder cases; he also argued cases before the Court of Appeals and the State Supreme Court. Now as a defense attorney, he specializes in protecting the rights of the accused.